The chemistry of OxiClean is an interesting example of harnessing naturally occurring elements to make new products. The OxiClean ingredients break down into harmless, biodegradable water, oxygen, and soda ash.

What Are the Ingredients of OxiClean?

What is OxiClean? The OxiClean products work best on organic stains but can also remove inorganic stains such as pen ink, spilled computer printer ink, and similar mishaps.

What Is OxiClean Made Of?

If you open a tub of OxiClean, you'll see a white powder with blue grains in it. What exactly is in this magic container? The chemistry of OxiClean is a trade secret owned by Orange Glo International. According to OxiClean, the product's main ingredients include sodium percarbonate, sodium carbonate, surfactants, polymer, and water (either in the solution or added to a dry powder).

Sodium percarbonate forms a white, crystalline-like powder that's used in many industrial cleaning products. Sodium percarbonate is actually environmentally friendly, since it breaks down into elements naturally occurring in nature.

The sodium percarbonate is broken down when you introduce water. It breaks down into hydrogen peroxide and sodium carbonate.

Sodium carbonate, also known as soda ash or washing soda, has a long history as a cleaning product. It's extracted from plant ashes, with mostly wood used in today's modern manufacturing to make soda ash. It can also be produced from common table salt. It's useful for removing grease, oil, and alcohol stains since it alkalizes the water so the acids of stains can be released from fabrics. 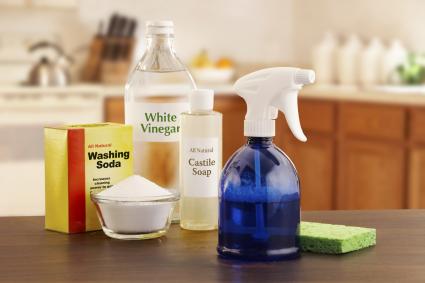 Surfactants are detergents. The OxiClean surfactants are low-sudsing and ion neutral so the dirt can be easily whisked away once the other ingredients loosen it.

Polymers are large molecules and can be natural or synthetic. Modern polymers bond with grease to lift them away from clothing and other fabrics.

With the water used in a washing machine, the sodium percarbonate is activated. Water also forms a liquid that penetrates fabrics and helps the OxiClean cover the surfaces.

Oxygen as a Cleansing Agent

Oxygen is an elemental gas and one necessary for human life. Scientists at the Orange Glo International Company came up with the idea to harness the chemical structure of oxygen and use it as a cleaning agent. The bubbling sound you hear when you apply OxiClean is the oxygen releasing and binding with the organic and inorganic compounds in the stain to lift them away. OxiClean is biodegradable.

Does OxiClean Work and Is It Environmentally Safe?

OxiClean is safe for the environment and safe for septic systems. According to the OxiClean company, because the products are made using compounds found naturally in the environment, they do not harm living things. They also break down into harmless compounds like water and soda ash (plant ash) when they're flushed down the sink, so they won't hurt septic systems. Lastly, because they do not contain chlorine like other cleansers, they won't damage your skin or hurt delicate fabrics. 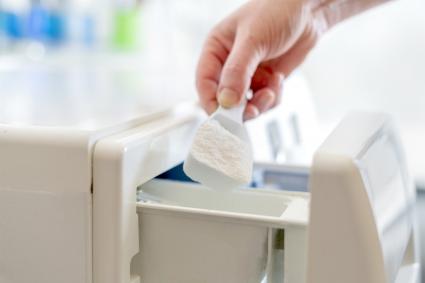 How to Clean Using OxiClean

It's safe to use OxiClean on most materials, but you may want to do a spot check first. Spray or dampen the cloth you want to treat with OxiClean with a bit of the product, follow the manufacturer's directions, and check to make sure the color and cloth remain undamaged. OxiClean is also safe to use on wood surfaces, tile, and grout. Orange Glo International, the parent company for the product, cautions against mixing it with bleach, chlorine, or products containing these ingredients.

Understanding What OxiClean Is

OxiClean offers you a safe and green-friendly cleaning solution for your laundry, carpets, and tiled surfaces. This multiple use product means you don't need a lot of home cleaning products that are expensive and contain harsh chemicals.

1
Comments
© 2006-2021 LoveToKnow, Corp., except where otherwise noted. All Rights Reserved.
Oxiclean Ingredients and How They Work